A tribute to William Dufris. Listen on Audible or Apple Books. This collection includes all eight of the Vesik novels recorded by William Dufris. At the end of this 75 hour set, you’ll find thoughts from Eric R. Asher and an interview with Erin Moon, narrator of The Books of the Dead, Vesik 9-18.

A crashed wedding. A scorned vampire. A necromancer’s fury…

Damian Vesik is no hero. At least, not according to the magical community that turns a blind eye to his battles against evil. So he chalks it up as one more thankless mission when he’s forced to stop his vampire sister from murdering her ex’s entire bridal party….

Infiltrating the ceremony to protect the innocent, Damian uncovers something more sinister than a massacre. With the help of his berserker fairy friend, he’ll need to prevent an unholy alliance between ancient demons and an undead horde before one hell of an afterparty dooms the world.

Dedicated to the memory of William Dufris. 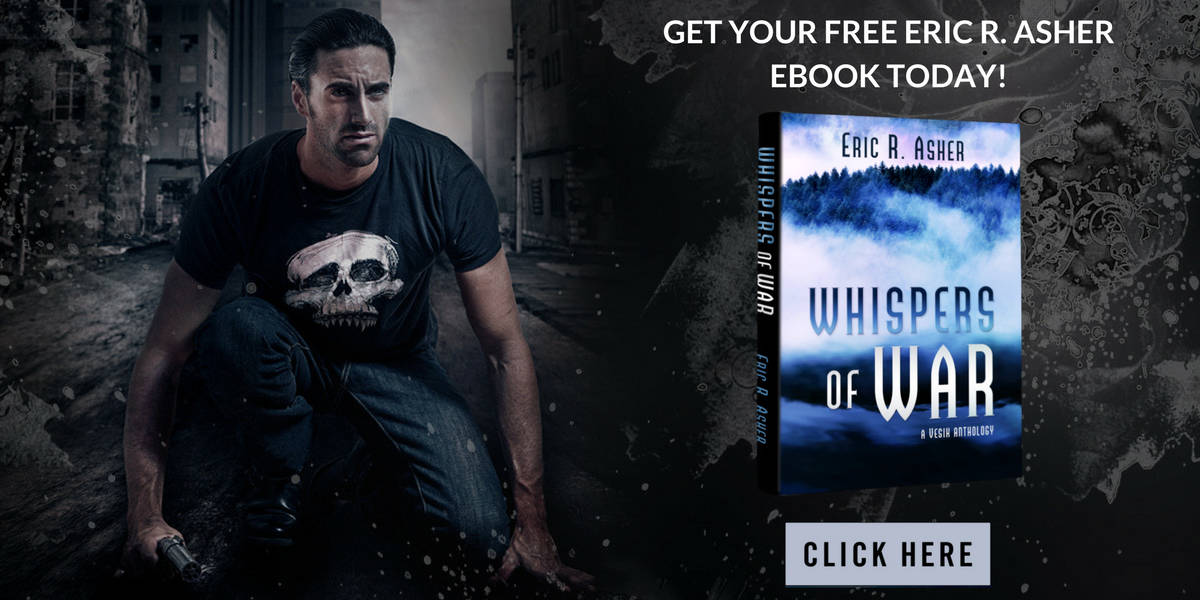